Where Have the Pro-Gun Democrats Gone? 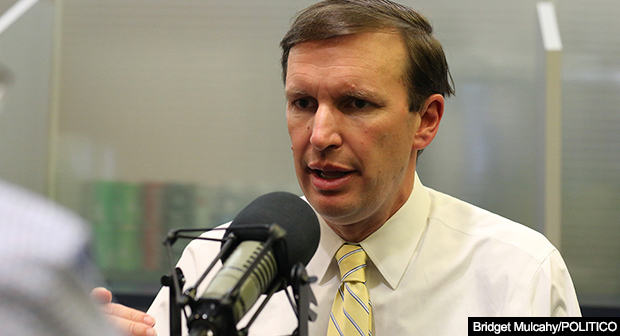 Earlier this week, Senator Chris Murphy said in an interview that Democrats should only elect politicians who embrace a strident anti-gun agenda. “I mean, if you want to be a leader in the Democratic Party, I think this presidential election has proven that you have to be right on the issue of guns,” said Sen. Murphy.

There is no question that “right on guns” to Sen. Murphy and a growing number of Democrats simply means anti-gun. As Democratic leaders pressure more and more members of their party to support an extremist anti-gun agenda, despite the will of their districts and American voters at-large, pro-gun Democrats continue to lose their seats – leaving them to the GOP to fill.

Take for example the 2010 midterm election, when 32 members of the typically pro-gun Blue Dog Caucus lost their House Seats or chose not to run again. It seems clear that Mr. Murphy and his like-minded colleagues are trying to make this issue a litmus test for their party, with nary a care if that means never having a majority in the House again.

To Murphy and his supporters, party politics is more of a priority than actual progress. When Sen. Murphy and other Democrats took to the Senate floor in June for a 15-hour filibuster to call for yet more gun control laws, Republicans were willing to work across the aisle. Republicans agreed to link the terrorism watch list to a gun sales ban with the contingency that established due-process protections for Americans who are erroneously on the list. But including simple due process, as required by the Constitution, was too much of an ideological burden for the Democrats to bear. They promptly rejected this bill, along with another that proposed an incremental expansion of the National Instant Criminal Background Check System.

Senate Democrats rejected two gun control bills for no other reason than the bills enjoyed Republicans support, and continue to encourage their voters to only elect politicians who are also reflexively anti-gun, without regard to the merits of any proposal. Sen. Murphy and other Democrat’s focus on “anti-gun” is again hindering true progress for those Democrats and Republicans who want to improve the background check system and find solutions that can help prevent violence. It’s unfortunate that Democratic leaders would rather focus on forcing adherence to their rigid ideology than on considering measures that acknowledges facts and reason.

It was not that long ago Democrats who supported gun rights were willing to stand up and be counted. Where are they now? Where have they gone?