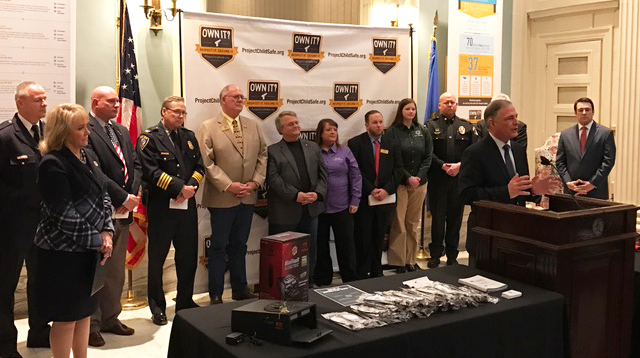 Made possible by a $2.4 million grant awarded to NSSF by the U.S. Office of Justice Programs and overseen by the Department of Justice’s Bureau of Justice Assistance, this new Project ChildSafe effort will provide intensive firearm safety messaging accompanied by gun lock giveaways in Oklahoma City and then expand to two other major U.S. metropolitan areas. The goal is to model a program that can be used in cities across the country to remind gun owners that securely storing firearms when not in use is the number one way to help prevent firearms accidents, thefts and misuse. In addition to this focused effort in cities, the federal grant will also allow NSSF to enhance public education efforts and distribute Project ChildSafe’s free firearm safety kits to communities in all 50 states.

Among the messages that will be stressed in Oklahoma City and elsewhere is that if you own a firearm, you should respect it and secure it when not in use. Also, the campaign includes a call to “Aim for Zero” firearm accidents.

Here is one local news account of the event.