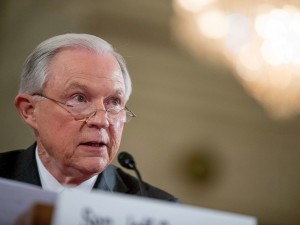 Last week Attorney General Jeff Sessions provided further assurance that NSSF was right for supporting his nomination and advocating for his confirmation as head of the Trump Administration’s Justice Department.

In his remarks to an annual meeting of the National Association of Attorneys General, the new attorney general noted that overall, “crime rates in the United States remain near historic lows.  Murder rates are half of what they were in 1980.  The rate of violent crime has fallen by almost half from its peak in the early 1990s.” We’ve discussed this nationwide downward trend in crime, even while millions of firearms have entered the marketplace.

What AG Sessions discussed next was the apparent increase in violent crime in certain cities, particularly in Chicago, Baltimore, Milwaukee and Memphis.  As reported by the Wall Street Journal, “Twenty-seven of the country’s 35 largest cities saw per capita homicide rates rise since 2014, though most are still relatively low compared with 1990s levels.”  His takeaway from these data? It’s time to enforce the laws. One of the factors AG Sessions points to for the increase in crime in some cities is the decline in criminal prosecutions during the Obama Administration:

“In recent years, we’ve also seen a significant shift in the priority given to prosecuting gun and drug offenders at the federal level.  While numbers don’t tell the whole story, I still find the following statistics troubling: at the end of 2015 there were more than 7 percent fewer federal gun prosecutions than five years before. In that same five-year period, federal drug prosecutions declined by 18 percent. Under my leadership at the Department of Justice, this trend will end.  Our agents and prosecutors will prioritize cases against the most violent offenders, and remove them from our streets so they can no longer do us harm.”

The firearms and ammunition industry fully supports the new Administration’s efforts at enforcing the existing laws, rather than seeking to pass new, ineffective measures that target law-abiding citizens instead of criminals.