Gun Control Database Misses the Forest for the Trees 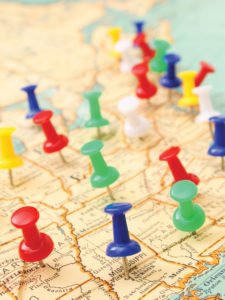 A recent piece in Newsweek sounds the alarm on firearm fatalities, while failing to note they are at historic lows, to tout a new database of gun control policies and the lessons it offers for states.

Examining laws in a vacuum is a useless exercise. The term “database” itself lends a scientific-sounding gravitas to a list of laws in each state, while ignoring the fact that many of the policies are too different to lump together into categories without missing crucial differences between each state’s versions.

Often, gun control laws are illogically introduced as knee-jerk reactions to increasing criminal activity or to stand-alone incidents that receive significant media coverage. Of course, these laws tend to only impact law-abiding citizens rather than the criminals who are not interested in complying with new laws.

Setting aside the fact that criminals fail to abide by new laws, the database lists policies, but not context. The “why” behind the enactment of new gun control laws is likely a larger picture. In other words, the database creators compiled the “effects” of certain trends in violent crime rates and are now claiming that they are the “causes” of trend variations.

Perhaps the article’s authors should have taken a closer look at the database. For example, Vermont appears to have only 6 of the laws they track, and yet the nonfatal firearm injury rate is too low to report, and 11 people were firearm homicide victims in 2015, or 1.76 per 100,000 people. New York has 75 of the laws in place, but a much higher injury rate of 4.83 per 100,000 and a homicide rate of 2.07 per 100,000. California has a whopping 104 laws on the books, with an injury rate of 8.48 and a homicide rate of 3.52. How can the author argue that more gun control laws yields better statistics? Obviously this database misses the forest for the trees.

That’s not to say that every single law in the database has no impact. For one, NSSF has been a leading advocate for laws to require states to submit disqualifying mental health records to the FBI’s National Instant Criminal Background Check (NICS) system. But attempts to argue that protecting companies from unfounded lawsuits leads to a one year uptick in certain types of crime is weak at best. Criminals don’t care whether companies may be sued for the criminals’ wrongful or criminal misuse of their legally manufactured and sold products. Criminals also don’t care whether background checks are required at gun shows. Less than one percent of criminals obtained their firearms from gun shows, according to government surveys. It simply doesn’t matter to them.

Rather than presenting irrational arguments like more criminals are misusing firearms because states have passed laws allowing people to defend themselves from violence, researchers should be looking at the patterns in violent crime that would create the desire for citizens to exercise their Second Amendment rights. Of course the allure of a “database” is strong, but it misses the big picture in favor of advocating for more restrictions on those who comply with the laws.