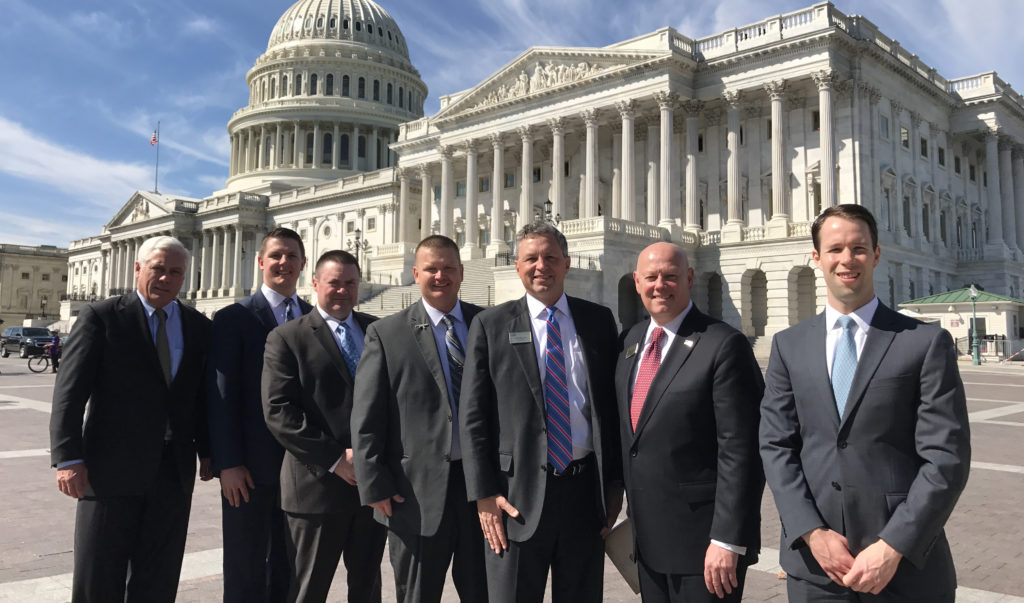 The executives held a record number of meetings with Members of both houses of Congress and discussed such matters as the $51.3 billion national economic impact of the firearms industry, the need for Congress to pass the Concealed Carry Reciprocity Act, the Hearing Protection Act, Target Practice & Marksmanship Training Support Act, Sportsmen’s Act introduced in the Senate and advancing export control reform.

In addition, they took the opportunity to urge senators to vote confirm Judge Neil Gorsuch as the next Associate Justice of the Supreme Court, a priority to ensuring judicial precedent is preserved for gun rights.

“This year’s NSSF Congressional Fly-In, our 10th, was important for us because with a friendly administration and a new Congress, we have the opportunity to make real progress in advancing our industry’s legislative priorities that will also benefit our member companies and their customers,” said NSSF Senior Vice President and General Counsel Lawrence G. Keane. “We set a very robust agenda of visits and our member company executives stepped up to the challenge. It resulted in a Fly-In that achieved a series of “mosts.” We had the most companies participate, the most number of people representing those companies. They met with the most number of Senators and members of Congress and their staffs on both sides of the aisle. We were able to make the case to our lawmakers that our legislative priorities would help to grow business, create jobs and open up opportunities for sportsmen and women to participate in hunting and the shooting sports.”

U.S. Senator Lisa Murkowski (R-Alaska) and U.S. Rep. Rob Bishop (R-Utah) were officially recognized as NSSF’s 2016 Legislators of the Year during the organization’s annual dinner held in conjunction with the event. Both Sen. Murkowski and Rep. Bishop were honored for efforts to advance the legislation long sought to open increased hunting and recreational shooting opportunities on federal lands. Sen. Murkowski gained passage of the Sportsmen’s Act in the Senate and Rep. Bishop gained passage of the SHARE Act in the House of Representatives. Both bills went to a House-Senate conference committee where lawmakers were unable to come to final agreement. A similar effort has been initiated in the current Congressional session.