Misleading Donors, Lying to Congress – Just another Day for HSUS 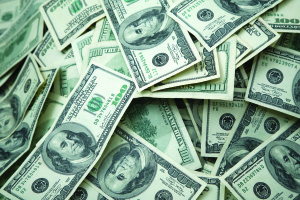 Based on the organization’s advertising, the average person can’t be blamed for thinking that dollars donated to the Humane Society of the United States (HSUS) would mostly be passed through that national group to help fund local animal shelters. Sadly for the dogs and cats in those shelters, that’s not the case.

According to HSUS’s 2013 tax return, the group dedicated a mere 1 percent of its $120 million budget toward helping animal shelters. The other 99 percent of that budget was primarily spent on fundraising expenses or placed in offshore funds.  A good chunk of HSUS supporters’ donations are also being used to stealthily advance an anti-hunting, anti-agriculture agenda.

HSUS took its deceptive practices a step further last month, by blatantly lying to Congress. During a U.S. Senate Subcommittee hearing on the Bipartisan Sportsmen’s Act of 2015, Senator Jim Inhofe specifically asked HSUS CEO Wayne Pacelle about the organization’s fundraising activity, citing the group’s animal-focused advertising.  Senator Inhofe pointed out that although HSUS raised $1.7 million from Oklahomans from 2011 to 2013, largely through ads implying the funds raised would be used to help animals displaced by tornadoes, legitimate Oklahoma animal welfare organizations received only $110,000.

Pacelle responded saying that “the presumption that somehow the ads say we are giving money to animal shelters is a false assumption. There is language that says this is not going to local animal shelters – explicit language.”  Unfortunately for Mr. Pacelle, according to research conducted by HumaneWatch.org most HSUS ads do not feature such a disclaimer.

Now, it has come to light that HSUS has known  for years that it is misleading its donors. The results of a 2011 poll conducted for HSUS found that “even amongst donors, there is a pervasive misperception that the primary goal of the HSUS is to fund animal shelters.” So, HSUS knows how its advertising is received by those writing the checks and has done exactly nothing to change it. After all, why mess with fund-raising success?

In addition to attracting millions of dollars from unsuspecting, well-intentioned donors, HSUS misleading activities are giving the legitimate animal welfare groups a bad name. We can hope this new information will help potential donors to realize that their dollars would actually be used as they had intended if they “pay to the order of” … some other group.