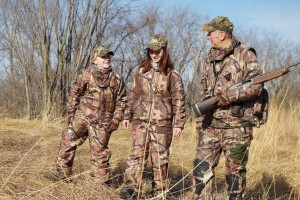 The 114th Congress is set to adjourn without having passed the Energy Conference Report that contained the Bipartisan Sportsmen’s Act. In the end, Congressional leadership didn’t feel important components of energy policy were in place in the legislative package and the measure languished in the conference committee as both sides of Capitol Hill focused on the continuing resolution needed to fund the federal government through April 28, 2017.

NSSF would like to thank U.S. Sen. Lisa Murkowski (R-Alaska) and U.S. Rep. Rob Bishop (R-Utah) for their stewardship of the Bipartisan Sportsmen’s Act in their respective chambers. Sen. Maria Cantwell (D-Wash.) also deserves acknowledgment for her work on crafting a bipartisan bill. We would also like to express our thanks and appreciation for the thousands of American hunters, target shooters and gun owners who stood up for their traditions and contacted their senators and representatives during the sustained effort to pass this legislation during the 114th Congress. NSSF will be communicating about legislative priorities for the new Congress in January.