We cannot blame public safety authorities at the Ohio State University for issuing a “Buckeye Alert” Monday about an active shooter to students, faculty and staff after emergency dispatchers received reports of shots fired on the huge campus.

We now know, of course, that the shots fired came from the Ohio State police officer who was responding to a report of a gas leak when he came upon the horrific scene of a knife-wielding attacker, who expressed terrorist sympathies on-line. The officer’s quick, decisive action doubtless saved many lives. The alert system worked to have the university community shelter in place while police sorted out the scene and ensured there were no additional attackers.

An alert is just that – it warrants investigation and that takes a little time.

So, we can blame media outlets for their unsubstantiated real-time reporting that quickly jumped to the conclusion that an active shooter was terrorizing the campus. The term for that is confirmation bias. When you factor in the outlets that were slow to correct their on-line and on-air headlines and reports, even as it became clear that the attacker did not have a firearm, we saw that confirmation bias in spades.

“Confirmation bias occurs from the direct influence of desire on beliefs. When people would like a certain idea/concept to be true, they end up believing it to be true,” as psychologist Shahram Heshmat wrote.

The professional gun control lobby was even worse, of course, thinking there was another tragedy to be exploited for political gain and to solicit funding. We will spare you those diatribes, some of which can still be found on the usual feeds. 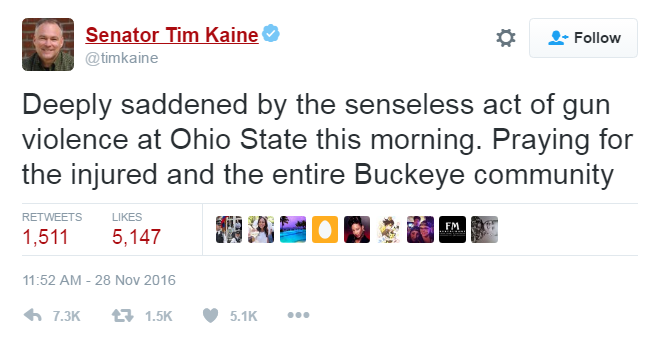