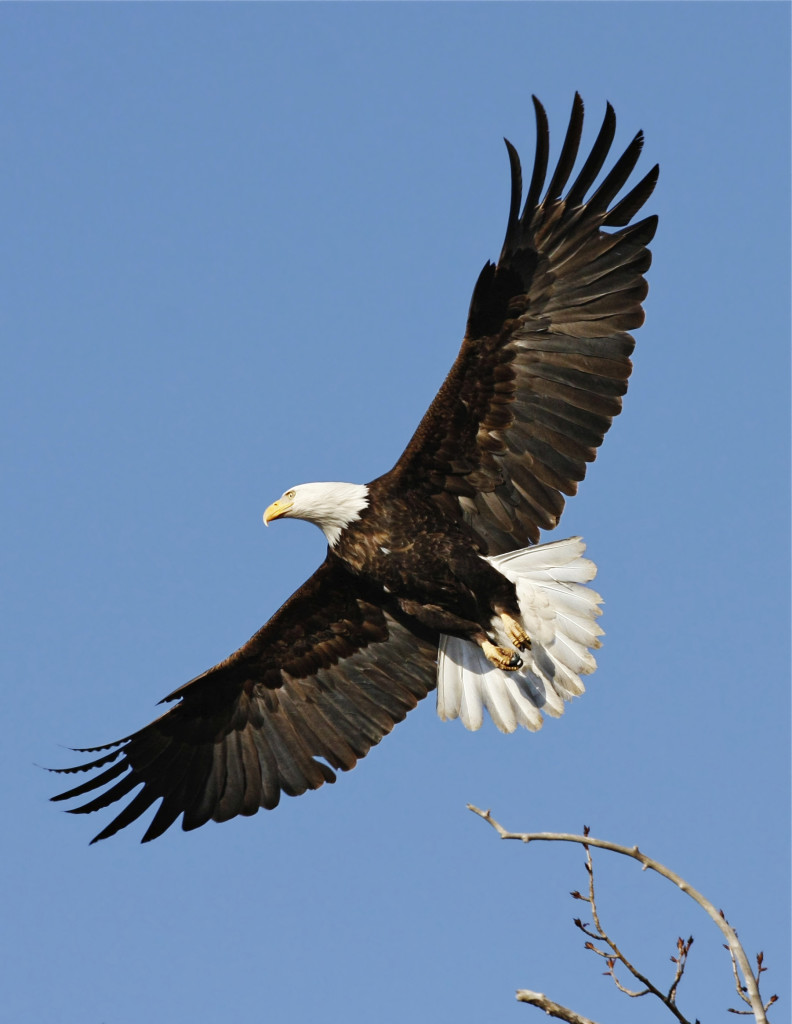 A local TV station in Iowa just released the results of its so-called “investigation” into the impact of traditional ammunition made with lead components on bald eagles. This investigation appears to have consisted of speaking with the head of a “wildlife rehabilitation group” in western Iowa and a wildlife refuge manager.

As we have noted here before, examining sick eagles is a good way to find sick eagles, but does not demonstrate anything about the overall well-being of the eagle population. A study out of Iowa State University, for example, acknowledged the inherent flaws in studies of lead exposure in eagles that analyze only dead eagles or eagles treated in raptor rehabilitation centers, as test subjects, then extrapolate out to the entire population. The author instead tested fecal samples from nest areas for lead levels and, in the majority of samples, the levels were low and within the range of birds in lead-free sites, and within background environmental lead levels.

Even the TV station’s finding that over the past decade about half of the sick eagles tested by this facility were found to have “some level” of lead poisoning is far from compelling. Assuming what they describe as “some level” exceeds background environmental lead levels and reaches into dangerous thresholds, there is no evidence the lead is due to ingestion of traditional ammunition, which as a metallic source of lead, is not bioaccessible as is industrial lead in paint chips or leaded pesticides.

Perhaps the biggest flaw in this “investigation” is that the authors failed to note the soaring eagle populations over recent years. The removal of bald eagles from the federal Endangered Species list in 2007 alone indicates a dramatic comeback in the population, even as hunters are taking to the field in record numbers.

Before releasing further thinly supported “investigations,” we urge TV-6 and others to take a look at the whole picture: healthy, growing eagle populations, and American’s successful system of hunter-funded wildlife conservation.