Editor’s Note: Over a several-month period, NSSF has been presenting a series of articles to help manufacturers, retailers, wildlife management agencies, tourism departments and others in the hunting community better understand their hunting customers. We are sharing findings of a study commissioned by the National Shooting Sports Foundation, with funding from a multi-state conservation grant and conducted by Southwick Associates, with the Millennial survey conducted by Responsive Management. Topics covered have included hunters’ commitment to participation, churn rates and turnover of new and existing hunters, and hunters’ lifestyles and motivations for hunting. By providing a clearer understanding of hunters, we believe the hunting community can do even better in recruiting and retaining customers, boosting sales revenue and increasing conservation funding through license sales and excise taxes. 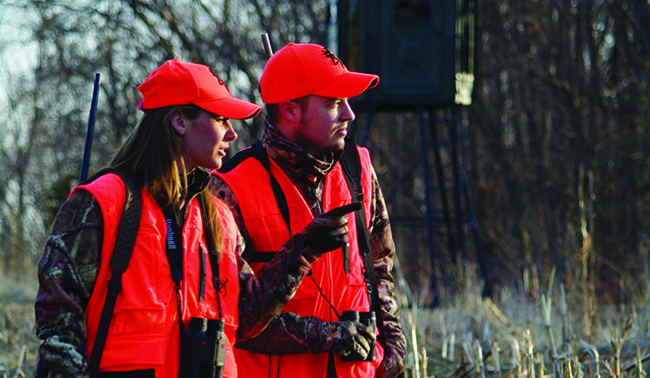 Series Article No. 6: Focusing on Tomorrow

Millennials are the key to future growth

Baby Boomers are slowly becoming hunters of the past. That generation, aged 51 to 69, has provided the highest level of participation among hunters over the last 25 years. But as these hunters age and face obstacles that prevent them from going afield, who will take their place?

Members of the so-called Millennial generation, that is 18- to 34-year-olds, are a vital factor in the future of hunting. For the most part, they are the youngest of the current license-buying hunters, hailing from the 80 million people in their age class in the United States. Collectively, that figure represents the most populous age segment in American history, a distinction suggesting the untapped potential of the new blood that Millennials can infuse into the hunting community. With that growth would come an injection of economic gain for not only the industry that provides products and services but also for the wildlife-management agencies that are so financially dependent on license sales and hunting-item excise tax revenue.

So, the question then becomes, how do we recruit and retain these young adults? According to the 2011 U.S. Fish and Wildlife Service five-year survey, hunting participation among Millennials was only five percent–only one in 20 of that pool of 80 million–compared to the seven percent participation rate among the 35- to 64-year-old Americans. The potential gain to the hunting ranks that Millennials represent is great, but so is the challenge. Research can provide some leads to help meet that challenge.

Pooled information collected from license sales data from 12 states and a resulting survey of 1,374 hunters has provided a better understanding of the commonalities and differences that exist between Millennial hunters and other hunters. It is, perhaps, recognizing the differences that can best influence additional strategies to increase hunters from the 18-34 generation.

A few of the findings

An Overview of the Generations

Demographic characteristics of hunters by generation

*Respondents are allowed to select more than one ethnicity; as a result the total is greater than 100%

What is the motivation for Millennials to hunt? The top reason for hunters in the surveyed year—2013—was to harvest meat. The interest among the younger generation in eating locally produced, organic and free-ranging food—often referred to as the “locavore movement”—certainly plays a role in their motivation. The second-most commonly reported motivation was to spend time with family and friends, confirming research that Millennials place a higher importance on the social aspect of the sport than do older hunters. Five percent fewer Millennials hunted by themselves as compared to other generations, underscoring not only the Millennials’ preference for social interaction, but also their need for support. For first-time hunters, research found that an invitation from a friend or relative was more than any other factor responsible for their giving hunting a try.

That social support was demonstrated in another way. Though all hunters indicated that they most often turn to those family and friends who are experienced hunters for information on best places and techniques for hunting, Millennials do so with more frequency. Furthermore, those young adults are far more dependent on state fish and wildlife agency websites than their older brethren.

Millennials showed almost as much of an interest in hunting the next year as other groups, but their actual follow-through was dramatically less than other generations. Retaining Millennial hunters is a particular challenge. A larger proportion of the Millennials who had once hunted frequently had not gone hunting between 2009 and 2013 (10 percent) compared to only 2 percent of other generations. The Millennials who had taken a hiatus from hunting before they purchased a license in 2013 pointed toward college as the No. 1 deterrent that had kept them away. Other roadblocks to participation were similar among Millennials and other generations, though the younger group’s mobility—moving to a different place—apparently made going hunting more of a challenge.

Pooled license data from the 12 states show that almost one out of three Millennials who purchased a license in 2012 did not do so in 2013, compared to a less than one-out-of-four churn rate among other generation hunters. 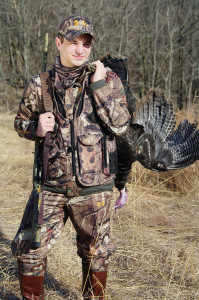 The research establishes facts and trends. From that, strategies for recruitment and retention of Millennials can emerge. Here are some examples:

We challenge you to take our series of six articles’ findings into account and come up with innovative strategies to increase the hunting fraternity—and ever growing sorority.

To read other articles on the subject of hunter participation, visit www.nssfblog.com/category/r3/.