Without Fanfare, NSSF’s FixNICS Campaign Has Made a Difference

As this week is the tenth anniversary of the Virginia Tech tragedy, we are reminded of the crucial role played by the FBI’s National Instant Criminal Background Check System (NICS) in firearms transactions. Every federally licensed firearms retailer (FFL) is required by law to run a background check through NICS before transferring a firearm to an individual, whether the transaction is happening in a store, at a gun show, or online.

It is because of the vital role of background checks that since 2013, the firearms and ammunition industry through NSSF initiated a campaign to ensure states are submitting all disqualifying records to the NICS system.

The federal government cannot compel states to participate in NICS. In early 2013, the firearms and ammunition industry investigated how many states were submitting prohibiting mental health and other disqualifying records to NICS. The industry obtained data from the FBI showing that at the end of 2012, far too many states failed to submit these disqualifying mental health records that established someone is prohibited from owning a firearm under current law. At that time, 19 states had made fewer than 100 such records available and 12 of these had made fewer than 10 records available.

The industry’s FixNICS campaign addresses this by advocating for changes to state laws and regulations that encourage agencies and courts to fully participate by making sure they submit mental health records that show an individual is prohibited from purchasing a firearm under current law.

Through a multi-state effort focused on forming coalitions in the states with the fewest submitted records, the industry has dedicated significant resources to helping states overcome the legal, technological, and intrastate coordination challenges preventing effective record sharing.

After winning FixNICS victories in 16 states to date, now only 3 states have fewer than 100 prohibiting mental health records in the federal system. Since the campaign was launched in 2013 through the end of 2016, the number of disqualifying mental health records submitted to NICS increased by 170 percent to nearly 4.5 million, from about 1.7 million in December 2012. 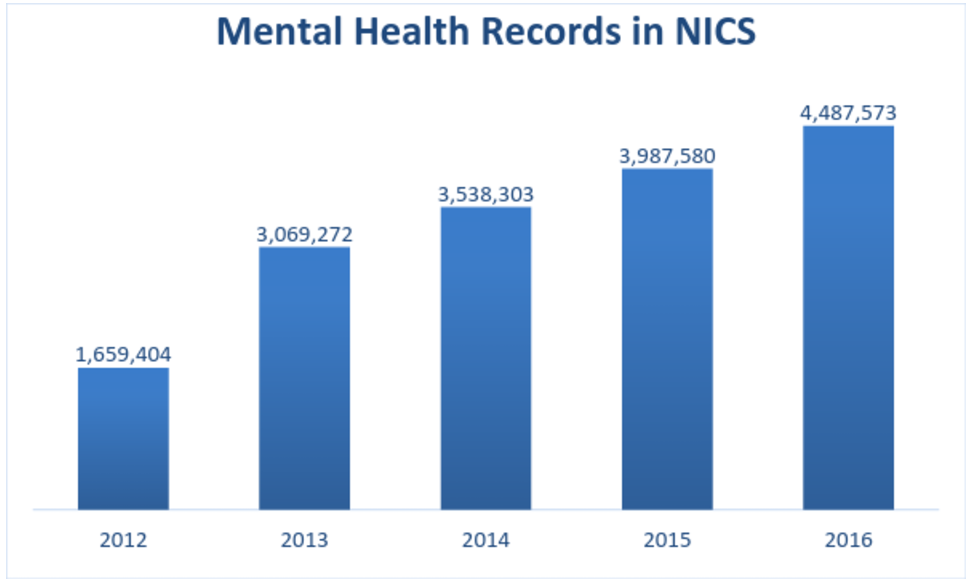 This significant increase is driven by states like Pennsylvania, which now has 794,589 records, compared to 1 in 2012. New Jersey, another FixNICS success story, has now submitted 431,543 records, up from 17 in 2012, and is now ranked as the 2nd best state on a per capita basis.

Ten years after the Virginia Tech tragedy, the firearms and ammunition industry continues to work with states and coalition partners to ensure the background check system is effective and complete.