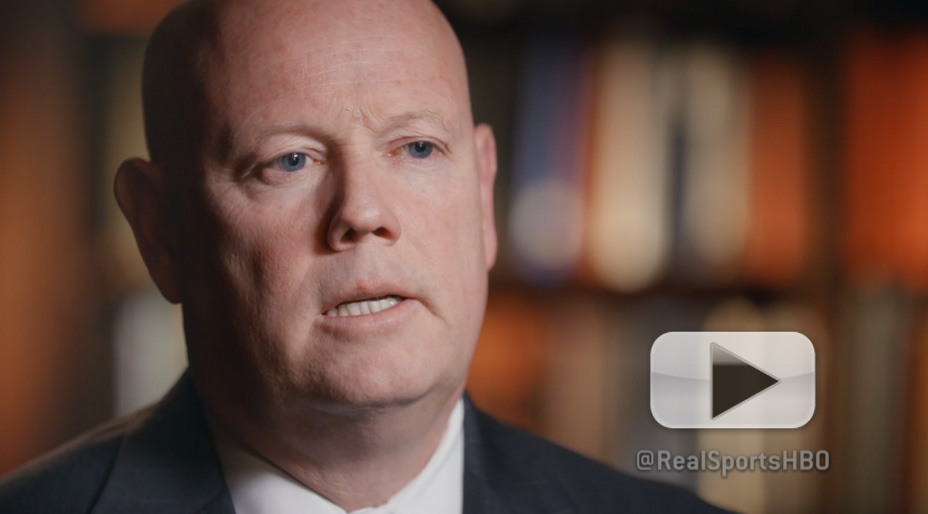 News personality Katie Couric’s documentary “Under the Gun” for the Epix channel has come under some pretty withering fire in recent days for its creative editing of an interview with members of a Virginia firearms owners’ organization. There was clear intent to make law-abiding gun owners look bad in response to a loaded and misleading question about background checks. The group blew the whistle on the attempt and we give them credit for having the foresight to document the interview themselves.

But theirs’ is not the only case of elitist journalists’ malpractice in recent days.

On May 24, HBO’s Real Sports with Bryant Gumbel first aired a segment with reporter David Scott in pursuit of the overall theme that the AR-15 rifle now owned and safely used for target practice, hunting and self-defense by millions of law-abiding Americans is inherently too dangerous a “military firearm” to be marketed and sold any longer. This is a decades-old argument, of course, disproven by the real-world experience of having the ineffective Clinton era Assault Weapons Ban on the books and all the familiar arguments were back.

We’ve long known that the gun control lobby and its elected political enablers who want the ban reinstated certainly have enough mainstream media allies they can be called upon or that will self-activate out of their own confirmation bias.

As was the case with the Couric documentary, the Real Sports producers did some selective editing in an attempt to prove the narrative and they were not above misusing the words of an interview with a true expert. The basis for much of what they tried to prove was dependent on the words of Jim Sullivan, who is highly respected and worked on the original Armalite team that developed the M-16 and AR-15 under the direction of Eugene Stoner. As Sullivan told The Federalist, “The antigun HBO Sports interview misrepresented much of what I had said. They were apparently trying to make the AR-15 civilian model seem too dangerous for civilian sales. They didn’t lie about what I said they just omitted key parts, which changed the meaning. “

Indeed, as you watch David Scott in this segment, you can see him work to walk Jim Sullivan down the pre-determined path of his story narrative. He tried to do that with me, as well, but I wasn’t having any of it. When Real Sports called, we made the decision that I would represent the firearms industry’s point of view in a program segment we knew going in would be anti-gun. That’s our job. But I was certain that our own small NSSF team was there as witness and that we capture our own video of my interview. The result is that the selective editing that they were able to accomplish with Jim Sullivan could not happen with us. We could always show what was edited out because we could go to our own (digital) videotape.

But our experience corroborates what Sullivan has to say. We knew that what the Real Sports crew was telling us even after the taping stopped had come from him was not only fragged and out of context but that it also demonstrated their profound ignorance of how firearms are developed and ballistics actually work. They had some selected information and soundbites that they were going to run with – and to hell with the rest of the facts, or any context, or, God forbid, actually stopping to listen to what we from NSSF had to say, and perhaps learn from people who actually know something about firearms.

No, they had a story they wanted to tell, with the villains already cast. Unfortunately for them, the higher profile of Katie Couric and her biased brand of would-be journalism overshadowed theirs. They must be annoyed. Still, the Media Research Center’s NewsBusters took note of the RealSports effort and it wasn’t pretty. Their perfidy has time to catch up.

Katie Couric eventually issued a half-hearted apology and took responsibility for the misleading editing – several days after the controversy erupted. We don’t expect to hear any similar apology to Jim Sullivan from Bryant Gumbel’s crew, however. To the contrary, an HBO spokesman is defending the fairness of their presentation. Sorry, we’re not buying it. They baited, chided, made leading statement and kept asking the same questions to get the answers they wanted. They played all the tricks in the book. We know. They tried it on us, too. The lesson here is to be wary of elitist news media with an agenda – and roll your own tape while you’re at it.