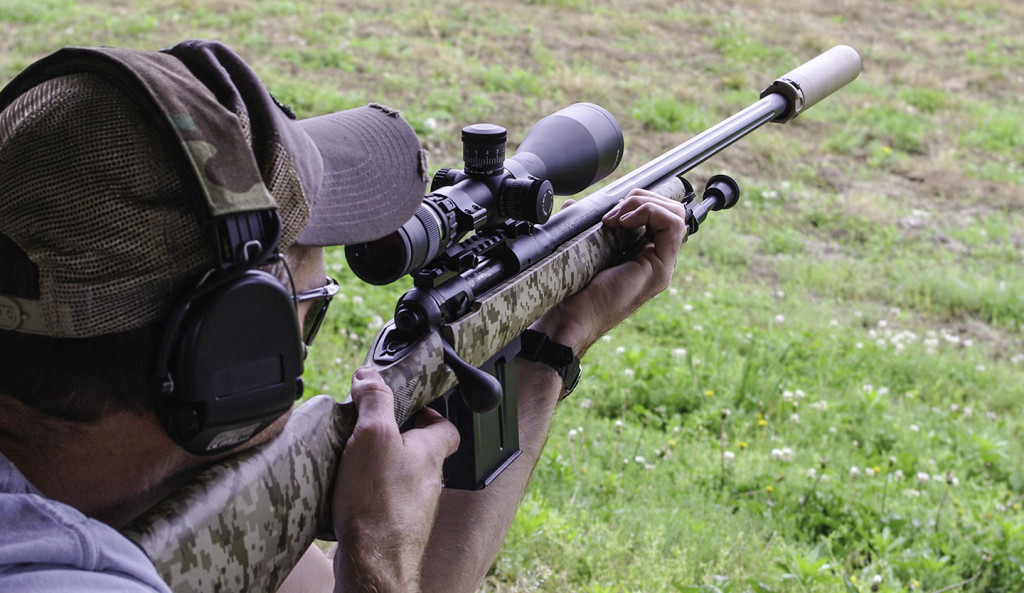 Gun control advocates want to make sure their latest attack on suppressors is heard loud and clear. They now claim the sound of gunfire actually is a safety feature. “What?” you may ask. Exactly. Who knew?

This willful ignorance couldn’t be more obvious and opposition to the Hearing Protection Act so nakedly political. Instead of learning how suppressors work, their effect on hearing retention and ignoring the fact they are legal in 42 states for recreational shooting and in 40 states for hunting, they now argue that guns should make as much noise as possible.

U.S. Sen. Chris Murphy (D-Conn.) tweeted that the loud report of a firearm is a “safety feature.” He seems to think that the sound of gunfire was engineered as a means to ensure everyone around them knew there was gunfire nearby. He didn’t base this on fact, but on a Washington Post opinion piece by Robert J. Spitzer, a political science professor and “Guns Across America,” author. He wasn’t alone. The Brady Campaign to Prevent Gun Violence was shouting the same thing.

Murphy and Spitzer have no need for facts regarding the utility of suppressors. They prefer a talking point. They’d rather people believe what they see in the movies instead of learning what CNN did when a reporter actually went to the range for a demonstration to hear for himself what a suppressor actually does. There, the CNN reporter learned that suppressors don’t silence guns. They simply reduce the level of noise of the report so that recreational shooters and hunters won’t go deaf.

Suppressors don’t silence guns or reduce the report to a puff, like in the movies. The National Institute of Occupational Safety and Health (NIOSH) determined that any noise over 140 decibels causes immediate and irreparable hearing loss. Guns without suppressors routinely produce noise well beyond this standard. Add a suppressor and that report drops 20-35 decibels, roughly equal what it sounds like to a target shooter wearing ear muffs or plugs.

That’s far from silenced. But Prof. Spitzer mocks even the reality of hearing loss by gun owners. When you think about it, he is essentially advocating for hearing loss.

The Department of Veterans Affairs has found that 933,000 veterans receive disability compensation for hearing loss, and nearly 1.3 million more receive compensation for tinnitus. That doesn’t include veterans who score normal on auditory exams but have difficulty understanding speech, a condition called auditory processing disorder, often linked to blast exposure.

To make it as simple as possible, Prof. Spitzer and Senator Murphy need to understand that suppressors work the same way as car mufflers, reducing noise to an acceptable level. Mufflers don’t make cars silent or unsafe. In fact, the man who invented car mufflers also invented the suppressor – and for the same reason.

Prof. Spitzer also seems to think passage of the Hearing Protection Act would provide criminals with a new tool. Never mind that under the bill’s provisions, buyers would still need to pass a background check or that 42 states have legalized the sale and possession of suppressors. A 10-year study found 153 crimes committed with suppressors and in only 15 of those crimes was a suppressor actually used. Here’s more perspective. That same study showed criminals used suppressors in less than 0.1 percent of homicides, 0.00006 percent of felonies and 0.1 percent of armed robberies.

As a practical matter, suppressors add length to a firearm, making it harder to conceal.

Prof. Spitzer wants his readers to know that states such as Maine and North Carolina were leaders in banning suppressors in 1934. What he doesn’t tell them, however, that it is now legal in both states to own them and also use them for hunting. In fact, the only states where suppressors cannot be owned are California, Illinois, Delaware, New Jersey, New York, Massachusetts and Rhode Island. That’s a familiar pattern with regard to respecting gun owners’ rights.

Instead of scaring readers, Prof. Spitzer and Senator Murphy should educate themselves. Suppressors are an accessory, one that could help recreational shooters conserve their hearing. Demonizing them and working to keep them out of the hands of millions of gun owners, doesn’t sound like anything but the shouting of nonsense.