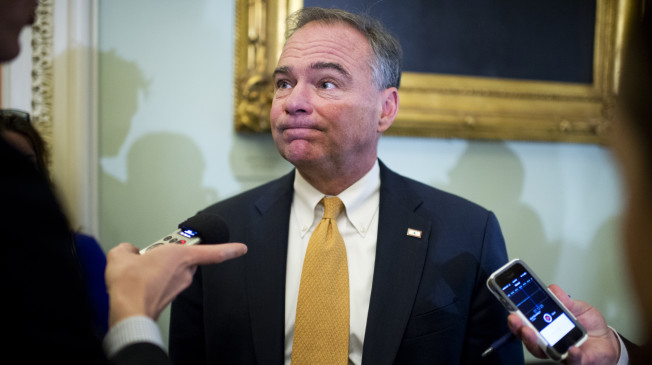 U.S. Sen. Tim Kaine (D-Va.) recently introduced the “Responsible Transfer of Firearms Act,” a bill designed to impose even stricter rules on law-abiding firearms retailers. The measure was offered in response to the senseless shooting of two Virginia journalists. Unfortunately, it is a piece of misguided legislation that would have done nothing to stop that tragedy.

The junior senator’s bill proposes to hold a gun dealer or private transferor liable for crimes committed with the firearm they sold, unless they took “reasonable steps” to prevent it from falling into the wrong hands. Essentially, the bill seeks to add illegality to an already illegal act. It is already a federal offense to sell guns to individuals you know, or have reasonable cause to believe, are barred from having them.

Even more perplexing is that Kaine calls for firearms retailers to be required to take “reasonable steps” to ensure the people to who they sell are allowed to own firearms, but doesn’t say what those steps should be. He says he will leave it up to others to figure that out.

The vague language leaves key aspects of the proposal open to interpretation. If guns retailers and transferors are to be held criminally responsible under this bill, constitutional Due Process and common sense requires that you have to let them know the added due diligence required for each sale. Should a seller take buyer out to coffee? Or administer a personality test? On top of all of the other shortcomings of this bill, studies show that the vast majority of criminals do not acquire firearms from legal sources.

All this suggests that Kaine did not take the care required to propose a serious bill but also did not want to miss the type of political play acting that generally garners uncritical media attention. The senator’s efforts would be better directed at working to ensure that all the records that are supposed to be sent to the FBI-run National Instant Criminal background Check System (NICS) are actually transmitted by responsible state-level agencies.

Instead, we see the singular accomplishment of a bill offering simultaneously redundant and unconstitutionally vague regulations.

NICS is the front-line system used to help ensure that firearms are kept out of the hands of those who should not have them. The records that need to be in NICS include mental health adjudications and involuntary commitment orders.

We don’t think that it’s too much to ask elected officials to brush up on the facts and put forward effective solutions to real problems. That would require seeking sound policy over sound bites.