Seattle’s Gun and Ammunition Tax: How Much has Been Collected? 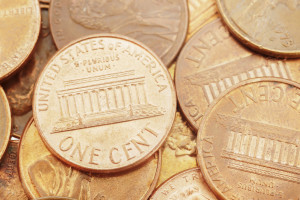 Seattle… it’s time to show us the money.

The City Council in 2015 passed a so-called gun violence tax on guns and ammunition – to the tune of $25 per firearm and a nickel on every bullet sold in the city. The council estimated they would collect up to a half a million dollars annually, which they promised would pay for the effects of gun violence as treated at the Harborview Medical Center. The National Shooting Sports Foundation, along with the National Rifle Association and the Second Amendment Foundation promptly filed a lawsuit in King County Superior Court challenging the gun tax as a violation of state law which preempts cities from regulating firearms.

But now that the tax has been on the books for over a year how much money has this gun tax actually raised? To learn the answer to that question Dave Workman, senior editor of TheGunMag.com and the Second Amendment Foundation sent a Public Records Act request to the city. Guess what? The city council won’t say. Harborview Medical Center isn’t talking either. So Dave and the Second Amendment Foundation filed a lawsuit alleging violations of the Public Records Act. The Washington State Supreme Court ruled last week the city doesn’t need to disclose how much tax money is being raised at this point.

Leaving aside the court’s ruling, why isn’t the city willing to tell the public how much the tax has raised? At one point, Councilman Tim Burgess, who steered the tax through to passage, said he wanted to wait until a full year passed. Well, it has been more than a year. Now, the city claims concern about releasing taxpayer information. The supreme court judge said there wasn’t enough information to compel Seattle to release the data. But no one is asking for individual taxpayer information, only the aggregate amount raised.

Even while the city’s keeping mum on the dollars they’re collecting, they’re also not talking about how these taxes are driving legal firearms businesses from the city. Mike Coombs, the owner of Sodo’s Outdoor Emporium, told the Seattle Post Intelligencer he saw a loss of $2 million in sales revenue, a 32 percent decline in customer traffic and was forced to lay off three employees. On top of that, he estimates he sent $60,000 to this new tax fund. Sportco is a sister location in nearby Fife, also owned by Coombs, meanwhile has seen a 10-12 percent bump in sales. Sergey Solyanik, owner of Precise Shooter in Seattle didn’t wait. He closed his Seattle shop as soon as the tax passed and opened up a new location in Lynnwood.

Here’s the worst kept secret. There is nowhere close to the half a million dollars in the city coffers because of this tax. The tax was never about aiding victims of gun violence. It was always about regulating firearms by driving lawful firearms businesses out of business or out of town and squeezing legal gun owners.

If Seattle is serious about gun safety, they should support businesses like Coombs’ Outdoor Emporium, which partnered with Seattle Children’s Hospital to give away gun safes. In the meantime, Seattle owes their taxpayers some transparency in the form of a simple answer. Show me the money?