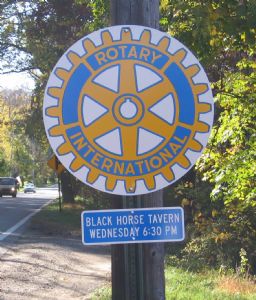 We are pleased to report that the Rotary International board, which is responsible for setting policy governing all clubs and more than a million members worldwide, has reversed the decision it made in January to adopt “revisions to the Code of Policies” that would have prevented local clubs from conducting or sponsoring gun shows and accepting sponsorships from gun companies or stores. These prohibitions would have gone into effect July 1.

Enough American Rotarians spoke out against the new policy to convince the board it should be dropped. The new board-adopted policy is gun friendly, or at least neutral, and now explicitly allows what it had once sought to ban.

As we noted in February when an NSSF member and Rotarian brought this matter to our attention, the language from Rotary International read “… like a UN resolution written by bureaucrats who really don’t know much about firearms and certainly not how Americans lawfully use them.” We were first to bring attention to this issue and it received considerable media attention at the time. Word spread and opposition grew.

Rotary Clubs know their communities and what is welcome, customary and acceptable within them. There was never a need for an international governance board to insert a prohibitive policy between American Rotary Clubs and the businesses and organizations with which they want to partner on various community activities. We are glad they saw the light.

They’ve watched as the Empire State’s staunchly antigun legislature continues to attack their Second Amendment right and the industry that supports it. Now New York…Read More

Education is key to helping your company improve operations, public safety, and the firearm industry's overall health. For this reason, NSSF® and Mastercard® have partnered…Read More