Mark Kelly Is In an Anti-Gun Low Orbit 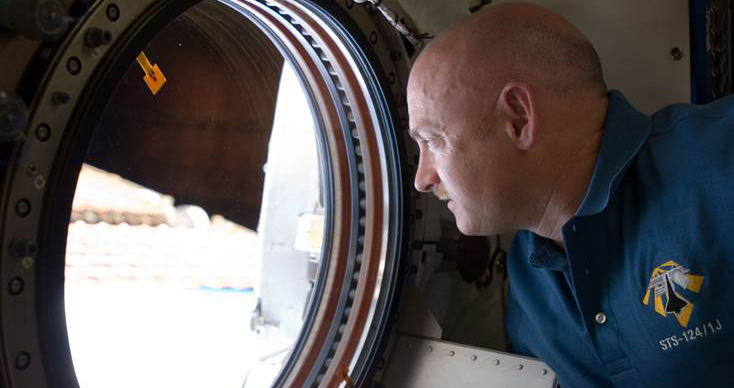 A recent Bloomberg interview suggests retired NASA astronaut Captain Mark Kelly’s views on guns are a little lost in space, or at least in low-earth orbit like the Space Shuttle he once flew. Now that he’s not circling the earth, he has been traveling the country with his wife, former U.S. Rep. Gabrielle Giffords, who has been urging voters to “Fight. Fight. Fight” for gun control.

First, let me say that we can all agree that it is truly awful that Gabby Giffords became the victim of a mentally ill man. We understand and we empathize. This is an area where there should be common ground and where NSSF has lead the effort to get more appropriate mental health records into the National Instant Criminal Background Check System through our successful FixNICS effort.. But since Mark Kelly has decided to take the stage to talk about more gun control laws, his expressed views are certainly fair game for commentary.

Referring to pro-Second Amendment groups, Kelly opined that “There hasn’t been any substantial organization on the other side that’s calling for responsible and common sense changes to our laws to keep us safer.” Let’s begin with the fact that the “substantial organizations” in the form of NRA and NSSF are the ones that run the nation’s true gun safety programs, notably the NRA’s Eddie Eagle and the NSSF’s Project ChildSafe initiatives.

What Kelly does not say, of course, is that “the other side” of which he speaks has been unanimous in calling for full use of the numerous existing laws against the criminal misuse of guns. When unpacked, the “common sense changes” he calls for in this vague way would do little to nothing to actually enhance public safety. The laws already on the books do exactly that, but they have to be enforced.

Further into the interview, Kelly repeats some of the same old tropes we have heard time and again.  The first being the untruth that the federal Centers for Disease Control (CDC) and National Institute of Health (NIH) are banned from conducting research into “gun violence.” In fact, the ban is on research for anti-gun propaganda and proselytizing – there is no ban on research. Also, his view that NIH and CDC funding for research and gun violence is a “public health issue” runs counter to the beliefs of more than eight in ten Americans who say the misuse of guns in violent crimes is a matter for the criminal justice system. In other words, the CDC should concentrate on studying viruses and diseases.

Kelly also calls for preventing “people on the Terrorist Watch List from having easy access to firearms,” which while it sounds good, shows he knows nothing about the list other than how to use it as political meme for more gun control. No one, least of all NSSF, is in favor of terrorists getting guns. The inconvenient truth, however, is that most people on this error-prone secret government list are not terrorists. What’s more, Kelly’s proposition is likely unconstitutional. Even the American Civil Liberties Union and the liberal Huffington Post decried this list for its lack of due process, and the ease with which anyone could have their name added to it. NSSF supports Senator Cornyn’s and Rep. Zeldin’s legislation that properly balances due process and public safety.

As for being a gun owner, Kelly’s mischaracterizations of automatic and semi-automatic firearms and National Firearms Act (NFA) restrictions, at best, show him in an unstable orbit. “I mean, you compare an M-16, an AK-47, an AR-15 to a Tommy gun, and it’s very clear which one of these is the more powerful firearm,” said Kelly.

How so? He doesn’t say. The famed Thompsons or “Tommy guns” are submachine guns and restricted under NFA because they are fully automatic. They are chambered in .45 ACP, which is hugely powerful at submachine gun range. The civilian, semiautomatic AR- 15 generally fires the .223 round which typically is not permitted to be used to hunt big game because it is not considered powerful enough. It’s an odd statement that likely will play with the anti-gun inclined, but that makes littles sense to gun owners. So Kelly is either confused or purposely trying to mislead people into thinking that Modern Sporting Rifles are MORE dangerous than a submachine gun.

Captain Kelly once said, “I don’t think you’ll find a stronger supporter of the Second Amendment than me.” “I fought for it,”  Indeed, he did fly as a Navy attack jet pilot in Operation Desert Storm. We thank him for his service. And that makes it all the more unfortunate that his statements are such a disservice to the truth.