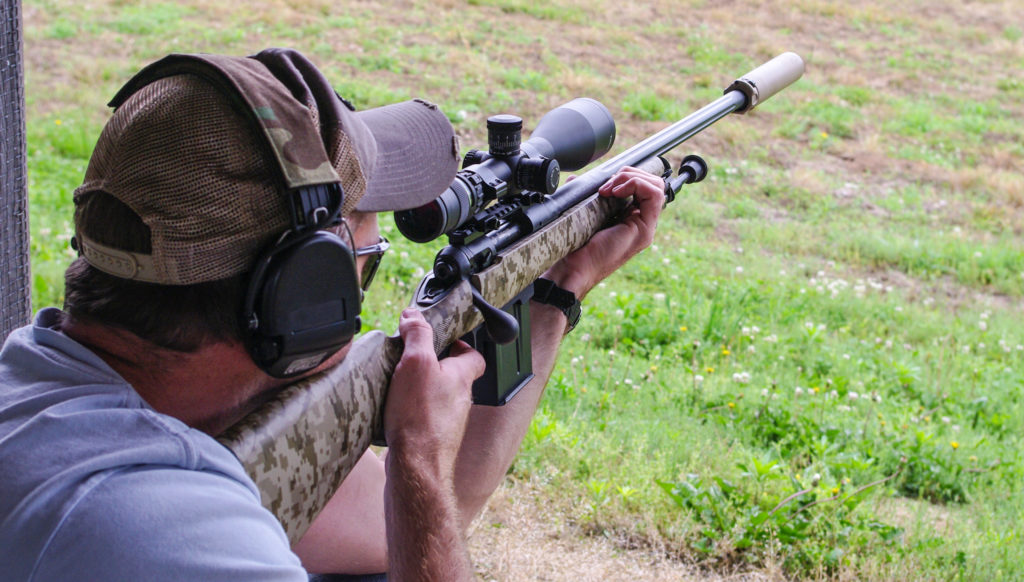 Attaching a suppressor to a firearm is supposed to deaden the noise. But just the thought of threading one onto a barrel seems to be suppressing the appreciation of facts and common sense in anti-gun circles.

This week, Sen. Kirsten Gillibrand (D-N.Y.) took to Twitter to demonize the Hearing Protection Act of 2017, introduced in both the U.S. House of Representatives and the U.S. Senate. It quickly became apparent she hadn’t bothered to read the legislation.

She wondered to her followers what the effects would be if the legislation, H.R. 367 sponsored by Rep. Jeff Duncan (R-S.C.) and S. 59 sponsored by Sen. Mike Crapo (R-Idaho), passed.

“When someone gets shot by a gun with a silencer, it’s quiet. Witnesses might not hear. Police will be less likely to track down the shooter,” the New York senator tweeted.

The only thing louder than the sound of unsuppressed gunfire is the senator’s willful ignorance of the facts involving suppressors. So, here are the facts: Attaching a suppressor doesn’t make a gun silent or nearly so. There’s no “pffft,” or “pew, pew.” That’s only in the movies.

Suppressors reduce the noise so it doesn’t cause immediate and irreparable hearing loss. That starts at 140 decibels, a standard recognized by the government. A gunshot is typically around 165 decibels, louder than a jet fighter on takeoff. Attach a suppressor and the noise is reduced by about 30-35 decibels, still louder than a motorcycle, chain saw or jack hammer.

It is disingenuous, at best, to tweet out that suppressors make gunshots quiet. At worst, it is an attempt to purposely misrepresent the facts for an agenda. But Sen. Gillibrand’s Twitter rant didn’t stop there. She followed with:

“Can you imagine if we allowed a criminal with a gun in New York City to attach a silencer to their weapon? It’d be a dangerous mistake,” and, “I’m fighting back against bills (backed by the Trump admin) that’d make it easy for criminals to buy gun silencers.”

Both bills would regulate suppressors like firearms – with the same National Instant Criminal Background System check that applies to all guns. This is the same instant-background check Sen. Gillibrand wants to apply “universally,” even when passing down a firearm from a grandfather to a grandson. So to be clear – if a criminal can’t buy a firearm, they can’t buy a suppressor under these bills.

Not to be outdone, former U.S. Rep. Gabrielle Giffords’ group, Americans for Responsible Solutions tweeted both that suppressors don’t protect hearing, but at the same time will make guns quiet enough that police won’t know when there’s an active shooter. Just to recap, hunters need to wear ear plugs in the field, since suppressors don’t really reduce noise levels, but murderers would be able to rampage undetected. It doesn’t add up.

These numbers do add up, though. Suppressors are legal to own in 42 states, and legal to hunt with in 40. The Bureau of Alcohol, Tobacco, Firearms and Explosives estimates there are 1.3 million suppressors registered in the United States. The ATF has recommended criminal charges involving suppressors in only 44 cases per year in the last decade, a rate of just .003 percent. Of those 44 cases per year, just 6 involved those with a criminal felony record. Suppressors are hardly the accessory of choice for criminals.

Rep. Jeff Duncan isn’t letting ignorance get in the way of straight-forward legislation. He responded to Sen. Gillibrand’s tweet with an offer to take her to a gun range to find out about suppressors firsthand. The NRA echoed that invite. We are also pleased to proffer that invitation. There’s more for her to hear than she thinks.