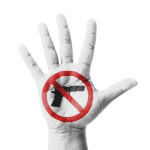 The long-term growth in firearms sales, more Americans choosing to exercise their right to keep and bear arms since the landmark Heller and McDonald Supreme Court decisions and increased participation in the shooting sports are demonstrable trends that drive the professional gun control community and their mainstream media allies to nearly apoplectic states.

These long-term trends are inconvenient facts that mess up the preferred anti-gun narrative. Central to their communications strategy, as we have seen time and again, is the story line that fewer, aging, mostly white Americans have for many years been buying nearly all of the guns being produced and then, apparently, stuffing them into their overflowing gun safes.

We know that argument is ridiculous, as any visitor to a retailer or range could quickly confirm.

Gun control organizations are constantly trying to minimize the size of the gun-owning American public as a way of trying to make the adoption of more laws and regulations appear more likely or even inevitable. That they are insulting our intelligence or even that of the American people as a whole doesn’t seem to bother them.

And their strawman opponent in their selfless efforts to bring more “reasonable gun safety” measures into being is, all together now, THE GUN LOBBY, which is really all of us in this industry. Make no mistake. They want to put us out of business.

The news that stock prices fell for the publicly-traded companies in our industry for a few trading sessions immediately following the results of last week’s election is the latest grist for their propaganda mill. Now, you see, there will be no reason for this small number of gun-buying Americans to want to buy more firearms because they no longer fear control by anti-gun political leaders, as a Bloomberg.com columnist opined.

So, in this latest scenario, the anti-gun groups and media see another opportunity to begin writing the industry’s obituary. Talk about a leap in logic.

We are not stock prognosticators here. Nonetheless, we expect that the firearms industry will continue to grow as it has during the past 20 or so years under both Republican and Democrat administrations. It may do so in a more normalized market against a more stable political backdrop with fewer spikes in demand that occur when law-abiding consumers perceive that politicians will try to enact restrictions on their ability to purchase the products they want to buy.

When you acknowledge the factors discussed at the beginning of this post, you conclude that a few days of stock trading should not be used to predict the future growth path of the industry. We are confident and you should be, too. And that’s what we are telling the media.