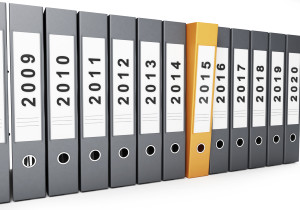 President’s Trump ascension to the White House has sent shock waves rippling through anti-gun groups. The activists that seek to undermine the Second Amendment rights of Americans and put the firearms and ammunition industry out of business see the new administration as a threat to their goals.

Part of this perceived threat is taking the shape of news stories about researchers concerned they will lose access to publicly-available government data any day now. Without access to this data, the worry is they will lose an opportunity to continue publishing their highly-flawed reports with predetermined anti-gun “findings.”

One recent article explains how a frequent author of gun control screed sent his staff into a “frenzy of downloading” after receiving a panicked note from another researcher/activist while she was “on Amtrak between Berkeley and Sacramento.”

Forgetting for a minute that there do not appear to be any plans to dismantle the government data on criminal behavior, with such vivid scenes of panic, one wonders what these groups are doing with the data. After all, FBI crime data shows a steady decline in the violent crime rate, even while more and more firearms are legally purchased by consumers.

It turns out that the same author that sent his anti-gun staff into a frenzy recently published a study arguing that individuals who had been convicted of driving under the influence (DUI) were “at increased risk of subsequent arrest for a violent or firearm-related crime.” The crucial dataset used here: “a random sample of 5923 persons ˂50 years of age who purchased a handgun from a licensed retailer in California in 1977.” Of that sample, only a third had prior convictions for alcohol-related crimes (or drug-related, since the report notes California lumped them together at the time).

For all of the obvious problems with the dataset we could point out (e.g. it’s old, limited to one state, extremely small and narrow), there were interesting findings that didn’t make it into the formal abstract. For one, the risk of a subsequent arrest did not increase with the number of alcohol-related convictions. In other words, more DUIs didn’t seem to be a factor in future criminal behavior.

Also, “prior convictions for violent or firearm-related crimes were generally not associated with risk of arrest.” So if this study is to be believed, alcohol here appears to be the “problem,” not firearms or even criminals who had already misused firearms in their crimes. Yet, naturally, based on an “association” (not a correlation) between prior alcohol-related convictions and criminal misuse of firearms, the author calls for increased restrictions on firearms purchases, rather than a return to Prohibition.

While the Administration may be tempted to clarify that public crime statistics will not be disappearing any time soon, one could argue there is no reason to rush this clarification. Clearly spending time in a “downloading frenzy” rather than churning out additional flawed research is the most productive use of these groups’ time.