Co-op Advertising — Dollars for the Asking

For retailers, promotion is a fact of life. Whether you spend your marketing and advertising dollars in traditional media like newspapers, magazines, radio, billboards or television or devote that money to a website, email and social media, the purpose of the investment is to keep your business front and center in the minds of customers.

Co-op advertising allows you to advertise and promote your store and/or range and have a manufacturer pay for part of that cost. Why would they do that? Manufacturers want to move their products out of the warehouse and into a retailer’s store, and they know the way to do that is for both of you to have the common goal of getting products off your shelves and into the hands of customers.

Co-op advertising can save retailers money, extend the scope of their advertising and help create an effective and professional image for the business, in part because of the link with a manufacturer. At the same time, the manufacturers increase their brand awareness, as well as local market share. Now, some of you might feel funny asking your sales reps for advertising dollars but know this: Manufacturers build co-op allowances into the price of their products, i.e., the dollars are already allocated for this type of advertising. 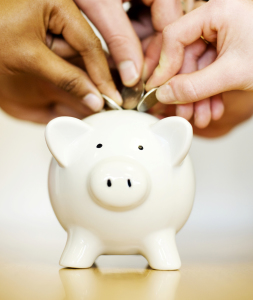 Most co-op offers work as an “accrual.” This is the percentage of net sales of which the manufacturer will pay a portion. For example, a company may offer two percent of net purchases in co-op advertising dollars.

An accrual-based co-op works over a designated “accrual period.” Generally, this period takes place on a calendar year basis, but there are exceptions. Some manufacturers have an accrual period that runs from November 1 through October 31 or July through June.

In a “reimbursement” co-op arrangement, a manufacturer will specify exactly how much of any advertisement it will pay for. That amount can be dependent on products and/or the type of advertising media. For example, a company may pay 50 percent of the cost of an ad featuring its rifles or shotguns, but a different percentage on ammunition.

No matter the co-op payment arrangement, if you want to receive your funds, you need to run your advertising in approved media. These generally include radio, television, cable, newspapers, billboards, free-standing inserts and, in some programs, the Internet. Check your co-op agreements carefully before buying your placements.

In addition to satisfying the requirement for approved media, co-op agreements often have additional restrictions. For instance, a manufacturer can mandate that there be no competing brands in the advertising; this would restrict you from placing an ad, say, in your local paper promoting gun specials on Brands A, B and C all in the same single ad and collecting the co-op dollars from Brand A. Another common specification in a co-op agreement is that the manufacturer will require its name or the name of the product be mentioned a certain number of times in a radio or television commercial, and there may be scripts or other creative materials that have limitations on how much and what kind of customization you can make to them.

Once you’ve satisfied the requirements of the co-op agreement and the ads have been placed and run, you will, of course, want to be paid. To collect the funds owed to you, you’ll need to fill out the appropriate co-op forms and send them, along with paid invoices, copies of ads (or affidavits if they are broadcast commercials) and other required documentation into the manufacturer or their co-op servicing vendor by a certain date. All these details are outlined in the individual co-op programs, so be certain to read the terms of your program carefully — a missed deadline could mean you’ll receive nothing and bear the entire cost of your advertising efforts.

Here are five tips to help you get started on capitalizing on co-op advertising programs.

Co-op funds are a great way of partnering with your vendors to increase your ad budget, reach new customers and new venues and drive foot traffic to your store.