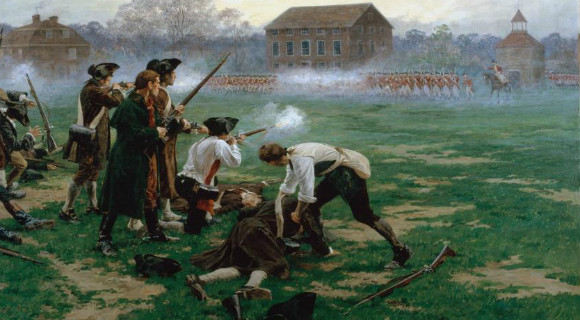 Today, April 19, is a pretty significant day for gun owners. It was on this day, 242 years ago, that an American fired the “Shot Heard ‘Round the World,” at the Battles of Concord and Lexington. It was the start of our American Revolution, the stand made for American Independence and where Americans made their feelings known about the right to keep and bear arms.

Florida’s Fish and Wildlife Conservation Commission is celebrating the day’s significance in style by inviting the public to enjoy recreational shooting at one of their nine public shooting ranges managed by the commission, boasting 5-stand, trap, skeet, sporting clays and pistol and rifle ranges. Two more public ranges are under construction in the Sunshine State.

These recreational shooting opportunities are vital to the growing number of recreational shooters. Nearly 70 million guns have been sold in just the last five years. There are roughly 100 million gun owners in America. The need for safe, well-maintained and accessible ranges is greater than ever.

These public ranges are available to gun owners, in large part, because of gun owners. Excise taxes paid by manufacturers through the Pittman-Robertson Act of 1937 have set aside more than $11 billion in wildlife conservation recreational shooting programs. Each time a gun owner purchases a gun or buys ammunition, they are supporting the industry that is paying funds to the states to promote and preserve the shooting sports.

The National Shooting Sports Foundation is working with Congress to make these efforts even more effective for the states to use these funds. The Target Practice and Marksmanship Training Support Act introduced in the House of Representatives as H.R. 788 by Rep. Duncan Hunter (R-Calif.) and similarly in the Senate as S. 593 by Sen. Shelley Moore Capito (R-W.V.) aims to give states more flexibility in using those Pittman-Robertson funds to build and maintain public shooting ranges. Both House and Senate bills have bipartisan support.

These bills support ranges that provide a place to teach safe firearms handling skills, hunter and firearms safety classes, marksmanship and practice areas for hunters to prepare for upcoming hunting seasons. They are also the ranges where recreational shooters can gather, practice and enjoy their shooting skills and celebrate one of our treasured American freedoms.

There’s a family feud within the Democratic party aimed at pushing more gun control on Americans who’re buying firearms at a record pace, and what…Read More

When The New York Times tells America they publish “All the News That’s Fit to Print,” what they’re really saying is that it’s only the…Read More

Learn How to Efficiently Market & Advertise Your Business with Charles Anderson