By Impinging the First Amendment, Facebook Infringes on the Second Amendment 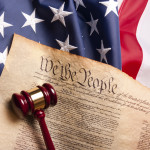 Facebook’s reported practice to diminish conservative opinions in its trending news section has been big news in recent days. But this type of bias is nothing new to the firearms industry, which has repeatedly encountered this sort of politically-driven censorship. While the policy cited by Facebook ostensibly targets only the private transfer of firearms, the site has repeatedly shut down the pages of legitimate and reputable FFLs that use the site to advertise lawful commerce.

As a private business, Facebook has the authority of ownership to censor user content it deems “inappropriate.” We would point out, however, that since the site now acts as a virtual public square that the exercise of such censorship can be viewed as the stifling of commercial free speech, which has constitutional protection. Such actions also impinge on the Second Amendment

As the 9th Circuit Court’s three-judge panel  ruling in Teixeira vs. Alameda County reads “the right to purchase and sell firearms is part and parcel of the historically recognized right to keep and bear arms.”

We see a parallel in Facebook’s ongoing actions.

Facebook has justified its moves against the firearms industry solely as enforcing its policy against advertising private transfers, but only a few months ago Facebook managers shut down the page of Kentucky Gun Company, widely known online as KYGUNCO. The company is a federally licensed firearms retailer that’s been in business since 1946. So, of course, they do not engage in the private transfer of firearms that Facebook has claimed to be targeting.

As Circuit Judge Diarmuid O’Scannlain wrote in his 36-page opinion, “Our forefathers recognized that the prohibition of commerce in firearms worked to undermine the right to keep and bear arms.”

This argument can be logically extended to Facebook. It is time that Facebook’s management realizes its broader responsibility since it commands so much of today’s virtual public square. Suppressing the expression of First Amendment protected political speech and of commercial speech is wrong. The resulting impingement of lawful commerce in firearms that brings with it the infringement of Second Amendment rights is equally wrong and it should stop.